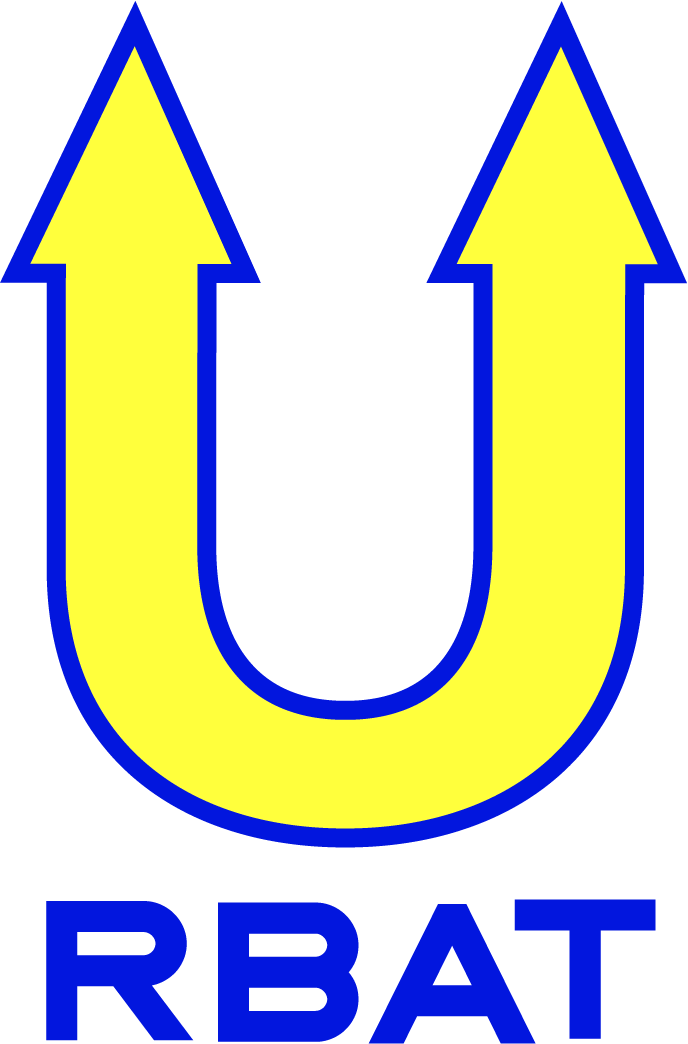 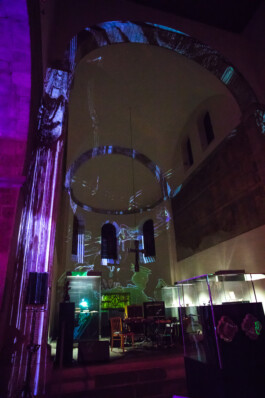 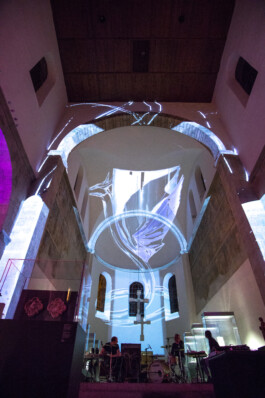 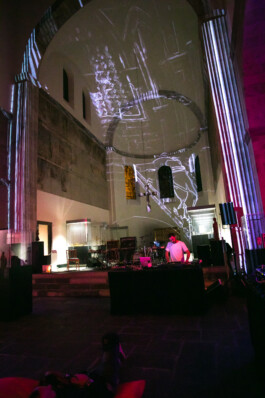 The Schnütgen Museum of Medieval Art has been located in the building complex around St. Cecilia since 1956. The image concept was based on the rich collection of objects in the museum and was expanded to include current, vivid, instructive, provocative and futuristic moments:

Enthroned Romanesque Madonnas, Gothic maternal Marys and devotional figures from the late Middle Ages entered into a visual dialogue with footage from the adventure video game Assassin‘s Creed, descriptive text passages from the museum collection, newly modeled 3D sculptures and numerous (re-)interpretations of the showpieces. We selected and investigate specific artefacts, visualized our personal relations to them, and explored their hidden narratives, materials, technologies, phenomena, migrations, and politics.

The pillars of the nave and the entire choir itself served as projection surface. 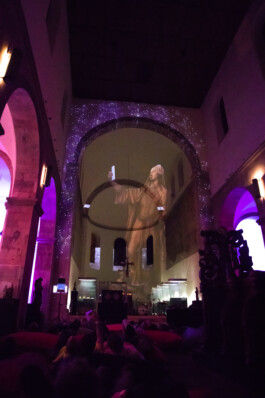 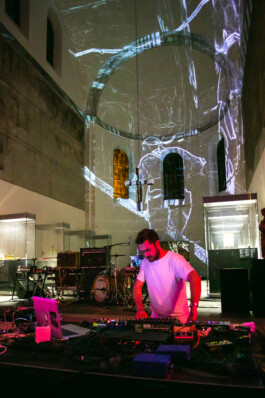 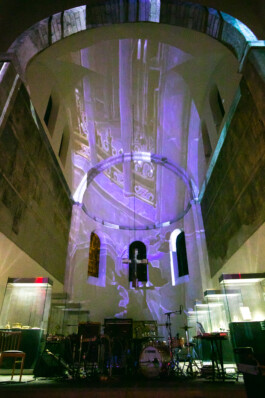 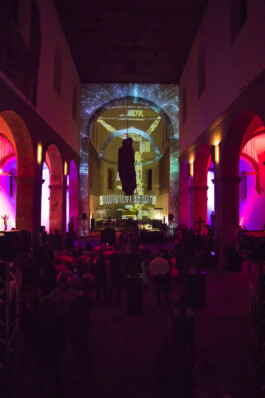 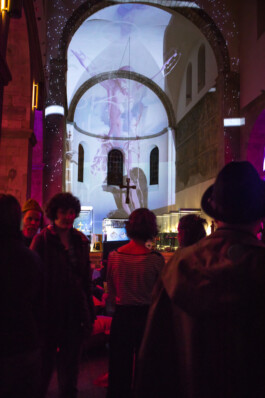